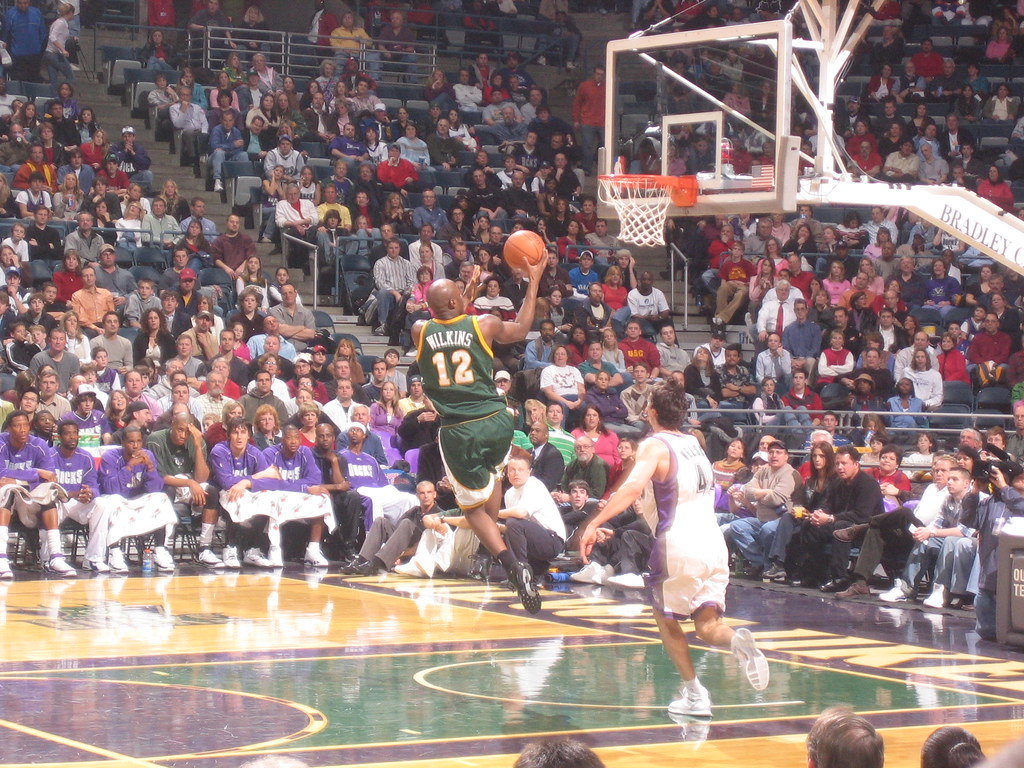 “Milwaukee Bucks vs Seattle SuperSonics – February 14th, 2006” by compujeramey is licensed under CC BY 2.0

If an athlete is not going to be able to participate in their sport this break what is the next best thing they can do legally and safely you might ask? Watch sports on TV.

This break is definitely unusual for the typical student-athlete as it may be the first winter break ever in which they may get some time off from playing or training their specific sport due to COVID-19, but as long as these athletes can catch a good game on TV they might be somewhat satisfied.

Sophomore education major Katie Rodriguez is on the women’s basketball team. Rodriguez is used to only having two days off for Thanksgiving and a week off for Christmas as the holiday break falls right in her season.

“This year my team and I are home for the entire break and we will be doing orange theory workouts as well as workouts over Zoom with alumni in order for the team to stay in shape,” Rodriguez said.

With Rodriguez being home she is excited to be able to catch some games from all of her favorite teams this winter.

“I watch football and I am a New York Giants fan,” Rodriguez said. But as a basketball player herself, she is more interested in watching the game she knows best. “I love college basketball and I am so excited that the NBA is coming back in December. I am a huge Milwaukee Bucks fan and that’s the only team I really follow,” Rodriguez added.

The men’s basketball team practiced six days a week last winter break. As the season is still up in the air right now the team will begin practicing in mid-January.

“I love basketball and my favorite teams to watch are the Lakers and the Warriors,” Bailey said. “I am also a huge Eagles fan and I look forward to never missing a game this winter,” Bailey added.

“I am grateful that I got to train safely with my team in our pods this fall and I am praying we can play in the spring,” Rolland said.

Rolland will be home this year for the entire break. Rolland is excited to be home because he likes to keep up with any high school sport that is played where he is from in Glenolden, Pennsylvania. Another favored sport Rolland enjoys to watch in the winter is basketball.

“I love to watch playoff basketball,” Rolland said. “I am excited that the NBA will return in December and I always enjoy watching the Sixers.”

Rolland also enjoys watching college basketball as well. “My favorite collegiate team is Wake Forest and it will be exciting to finally see them on the court this season,” Rolland added.

“Philadelphia Eagles” by seng1011 is licensed under CC BY-NC-ND 2.0