Visual representation inspired by the lyrics of Christina Perri’s “Human.” Graphic by Alex.

Editor’s Note: The name of the subject in this article has been changed to protect their identity.

What would you do if a 17-year-old you knew posted the photo above to one of their social media accounts?

Would you ask them if they were okay? Would you encourage them to seek counseling? Would you tell a professional about what they were experiencing?

“My drawings were nothing to write home about. Aside from middle school, I have never taken an art class,” Alex said. “The sketches were simply a way for me to depict how my depression felt.

Alex used the account to attempt to illustrate their feelings and portray lyrics that resonated with them.

“Despite having a decent following of more than a hundred of my friends, classmates, peers and strangers, no one ever consulted a professional or an adult about my mental health complications,” Alex said.

Students need to be able to advocate for themselves and each other.

Often when young individuals see their friends are in need, they want to help and offer support, but they are hesitant to report anything to a professional.

Colleen Canfield, a senior studying Veterinary Technology at Harcum College, said she did not contact a professional when she saw the things Alex was posting because she felt being there for Alex would be good enough.

Canfield said, “I knew [Alex] was going through a hard time, but instead of reporting anything, I just wanted to be a good friend to [them].”

Laura Stettner, a sophomore management major at Montgomery County Community College, agreed, saying she felt if she offered support and an ear to listen, it would be sufficient.

“I felt like we were going through a lot of similar feelings and while I wanted to help, I didn’t want to risk [Alex] being embarrassed or getting in trouble,” Stettner said. “I kind of figured that by being kind and just occasionally checking in, I was doing everything that I could without being intrusive. This seemed like what a caring person would do, as I didn’t want to make [Alex] uncomfortable by escalating the situation.”

In addition to young adults not reporting what their friends are experiencing to professional counsellors, individuals experiencing depression, anxiety, stress, addiction, abuse or any other mental complication can be hesitant to advocate for themselves.

According to the National Institute of Mental Health, about a quarter of teens have experienced some sort of anxiety disorder. Additionally, about one-tenth of adolescents, or around 2.6 million, have experienced major depression in the past year.

Seventy-five percent of mental health problems emerge during young adulthood; however, this age group is the least likely to seek help when suffering from a mental disorder or distress.

The Agency for Healthcare Research and Quality reported that four percent of young adults refrained from mental health care in the past year, despite self-reported mental health needs.

Joesph Kelly, M.A., of Cabrini’s Counseling and Psychological Services is a Licensed Professional Counselor. He said young adults are often hesitant to seek mental health treatment because they are confused about how they feel, afraid of being judged and confident they can handle it themselves.

Kelly said, “We always think that we can handle things. I think everyone has a little bit of that.”

Additionally, though the stigma surrounding mental health keeps some individuals from talking to a professional, Kelly believes the stigma is on a decline.

“Stigma, I believe that there’s less and less,” Kelly said. “I think there’s still stigma on medication— and perhaps rightfully so, with being prescribed too early and being prescribed first and foremost, without other, simpler interventions and seeing what that does— so I think the stigma’s still prevalent with the psychiatric element. I don’t think it’s as much [with counseling].”

A 2015 survey by the Military Association of New York found that nearly 90 percent of Americans value mental health as equally as physical health, but about thirty percent find mental health care inaccessible and more than forty percent see cost as a barrier to treatment for most people.

Nearly half of Americans think they have or have previously had a mental health condition, yet only 38 percent have received treatment.

Receiving treatment can be extremely valuable, especially since dealing with issues on your own can be challenging.

Kelly said it can be difficult to step back once a person’s issue takes over.

“Inside, it’s this swirling mess,” Kelly said. “It can keep you from making clear decisions, such as seeking support, and you’re kind of in survival mode at that point, and you’re just looking for ways to get through each day.”

For this reason, it is important to seek mental health treatment when you cannot manage it on your own and when you feel it impacts your life.

The benefits of counseling and mental health treatment are remarkable.

Kelly said, “One of the things in counseling that’s very helpful for people that I noticed and that is very palpable— when they come in here and they haven’t talked about things before with people and they haven’t said something to anyone before, and then they take it from inside the head and the heart and the gut and all that stuff, and they put it out in front of them, it becomes instantaneously more manageable, because now they can do something with it.”

Mental health treatment is incredibly beneficial and people should learn that getting help is a normal part of life. I am proud to attend a university where individuals are not afraid to talk about their struggles.

While it can be difficult to seek help for yourself or for a friend, Kelly said his experience at Cabrini has shown that the school has a tight-knit community that is caring and wants to help each other.

“I notice in my brief time here, there have been a lot of friend referrals,” Kelly said. “I would say it’s not cultural in societal sense, but within smaller communities, it is cultural. I feel as though Cabrini is one of those places where people do speak up. And we have people who come and talk to me about their roommates. Not just referring people, they’re coming to talk about ‘how do I help?’ I think that’s wonderful.”

Students are encouraged to talk to their friends, professors, academic advisor, resident assistant, or the chaplain or they can visit the Counseling and Psychological Services in Grace Hall room 174. 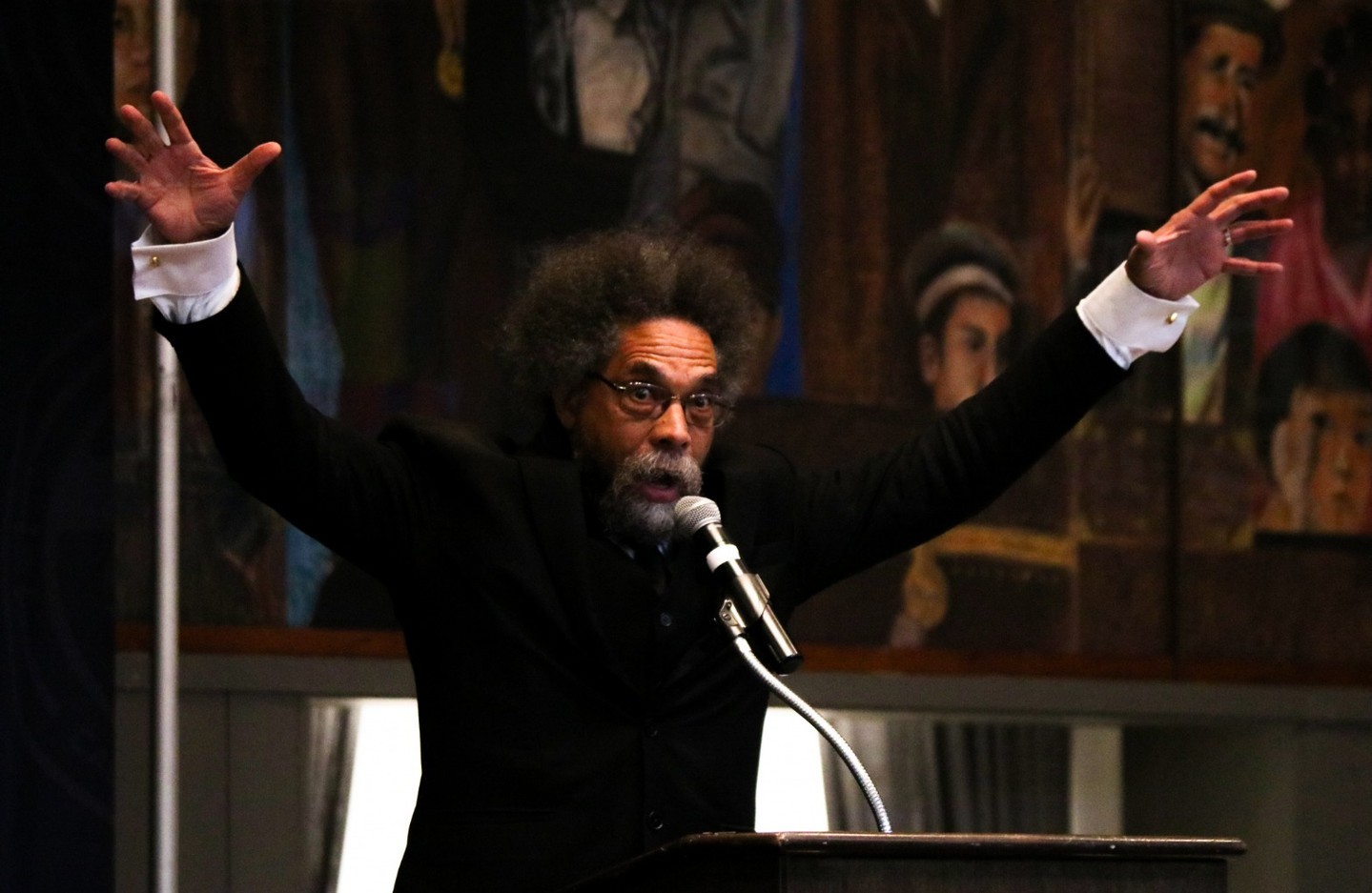 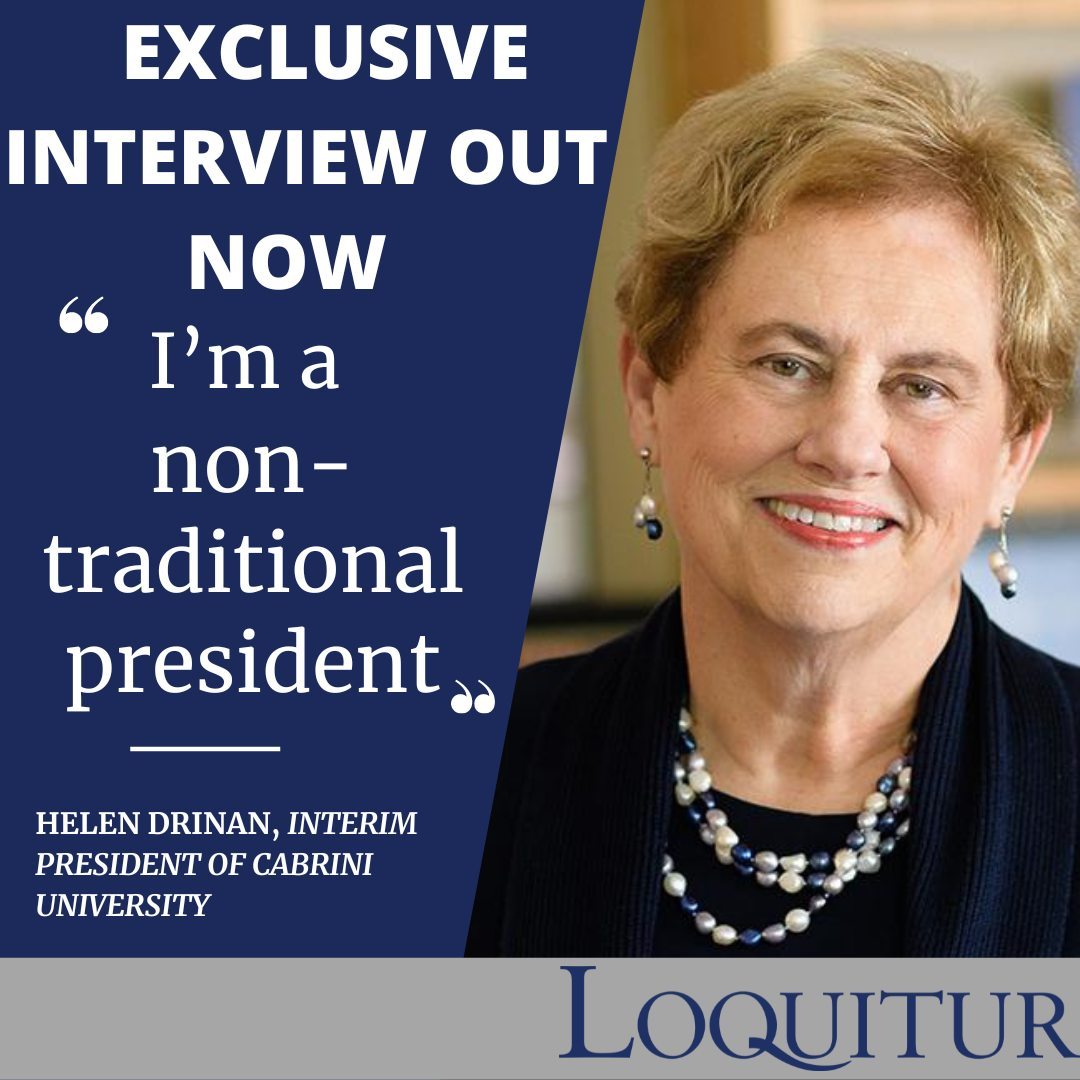 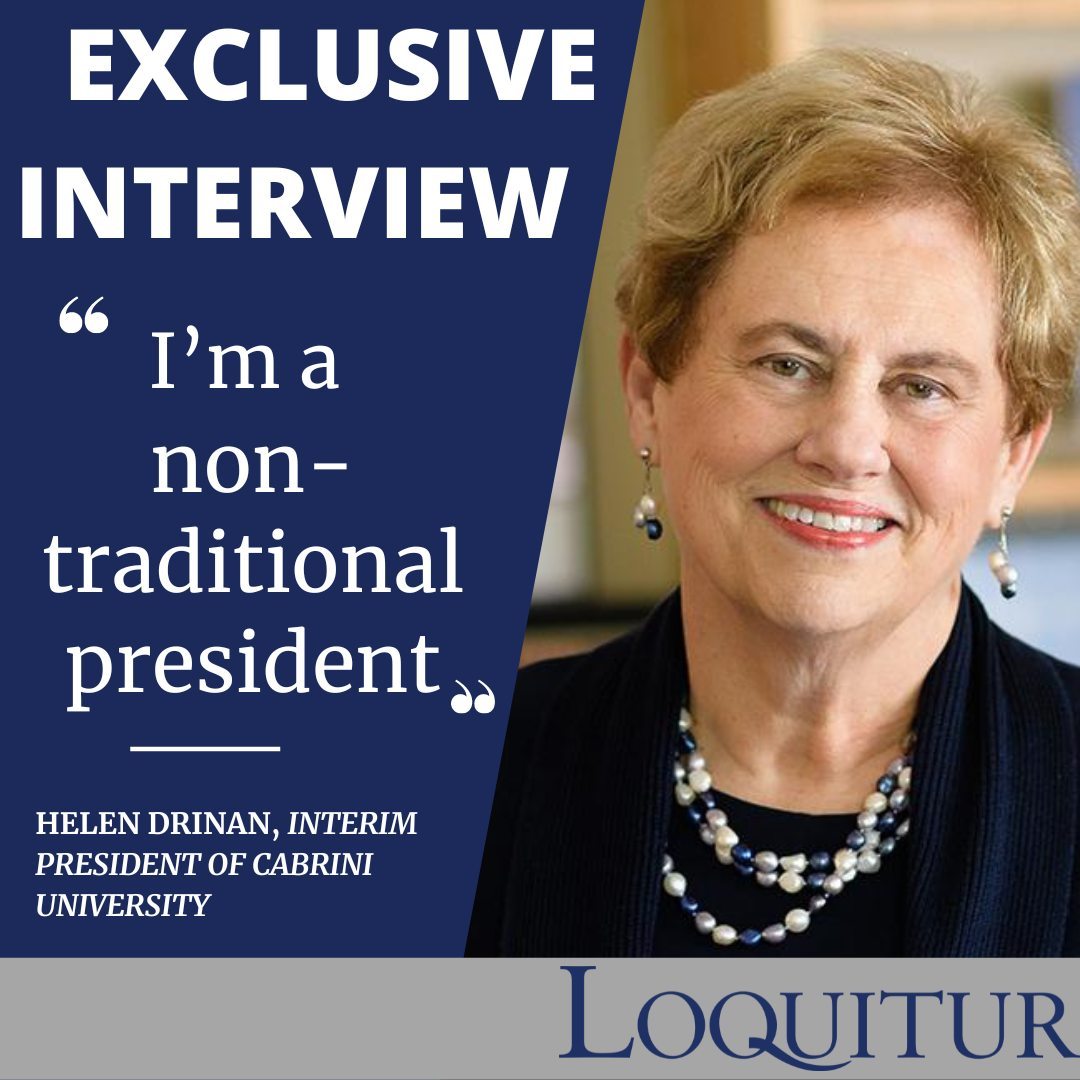 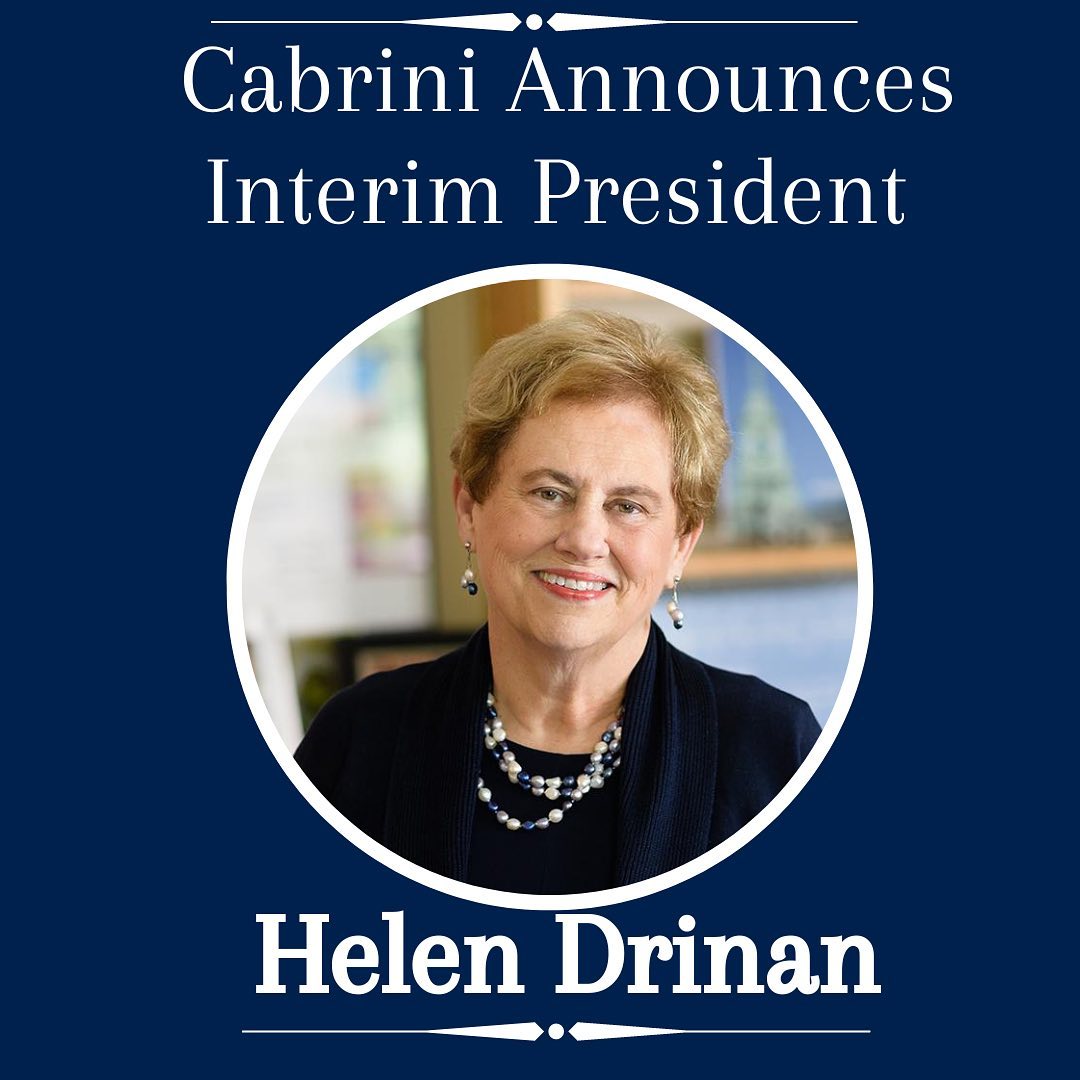 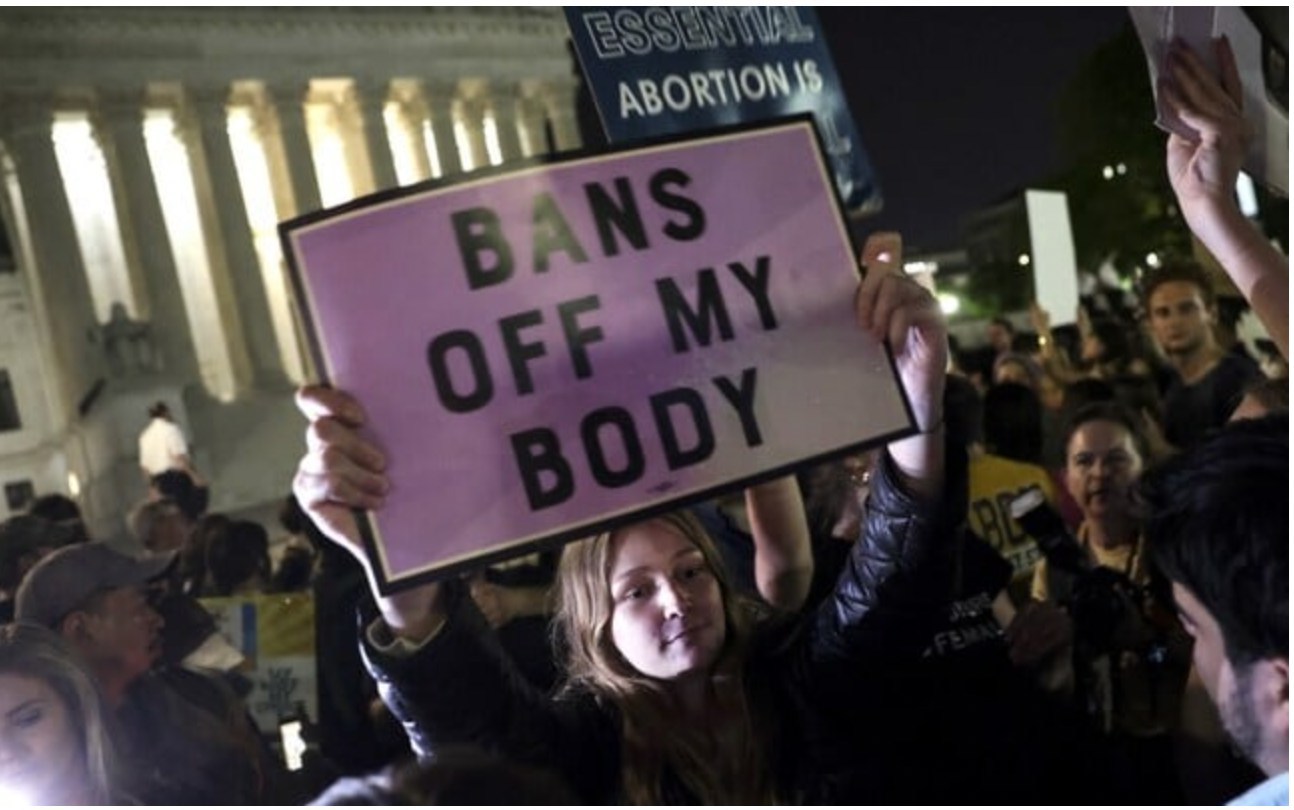 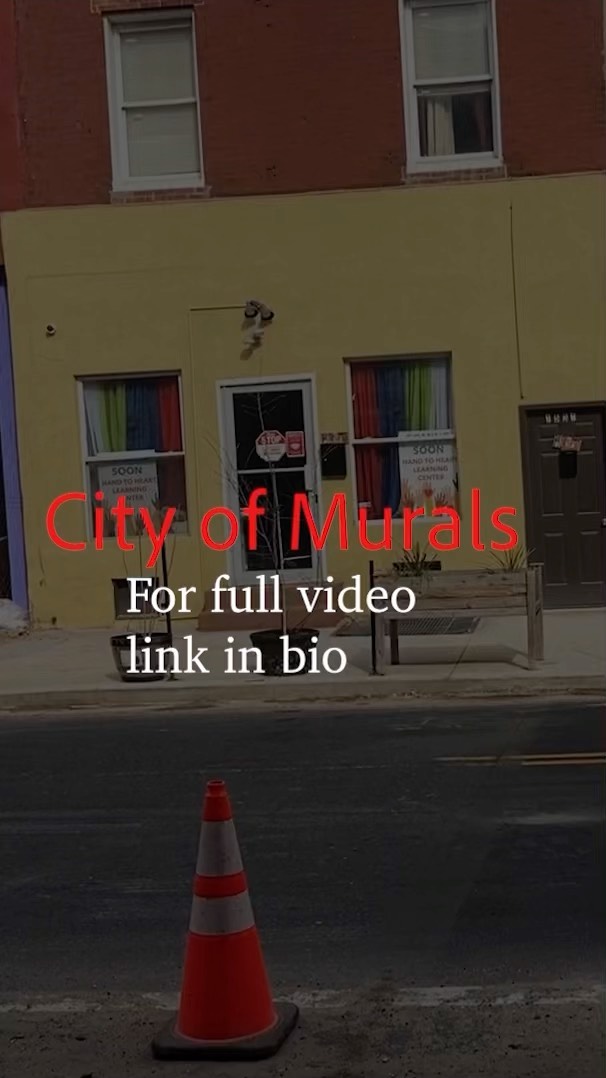 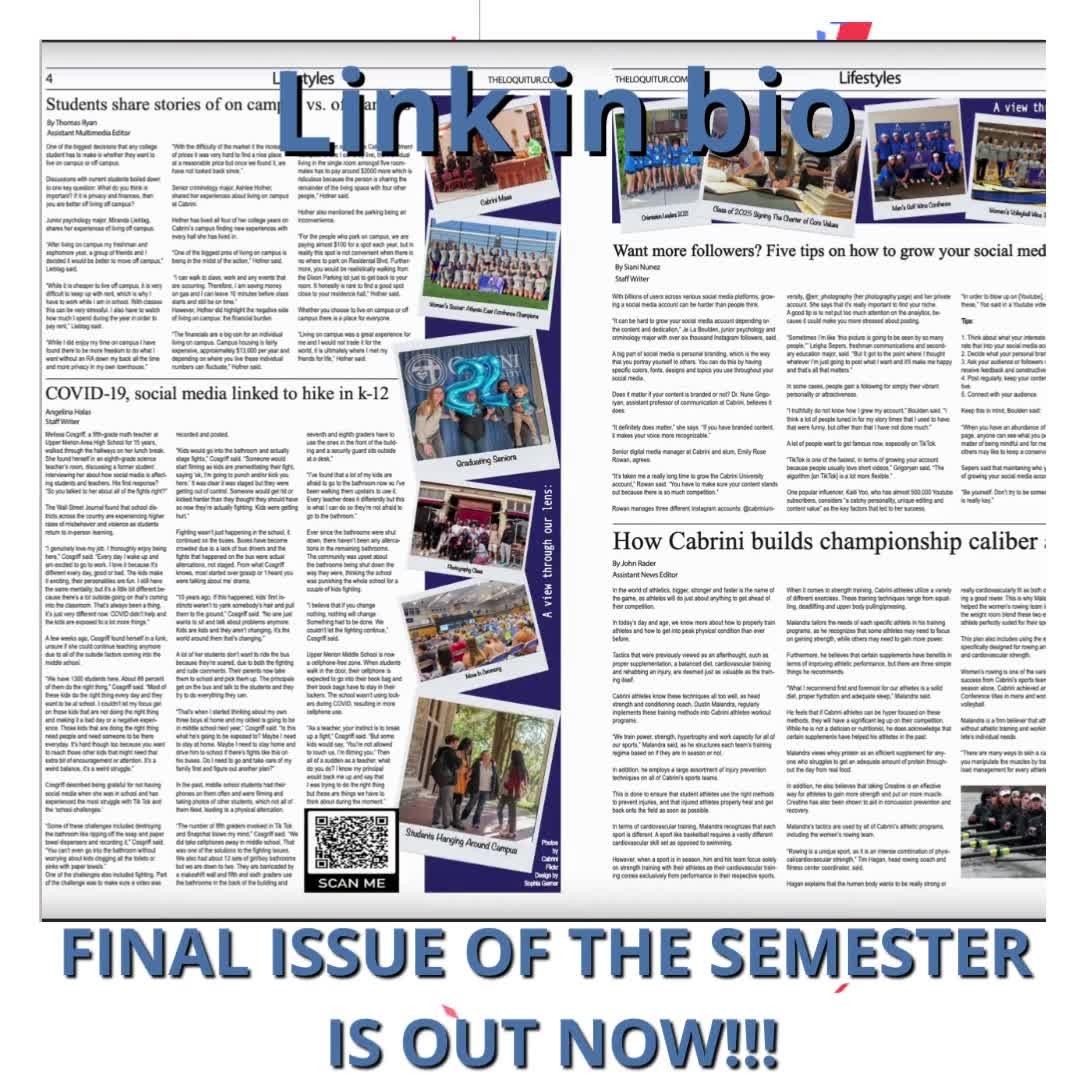 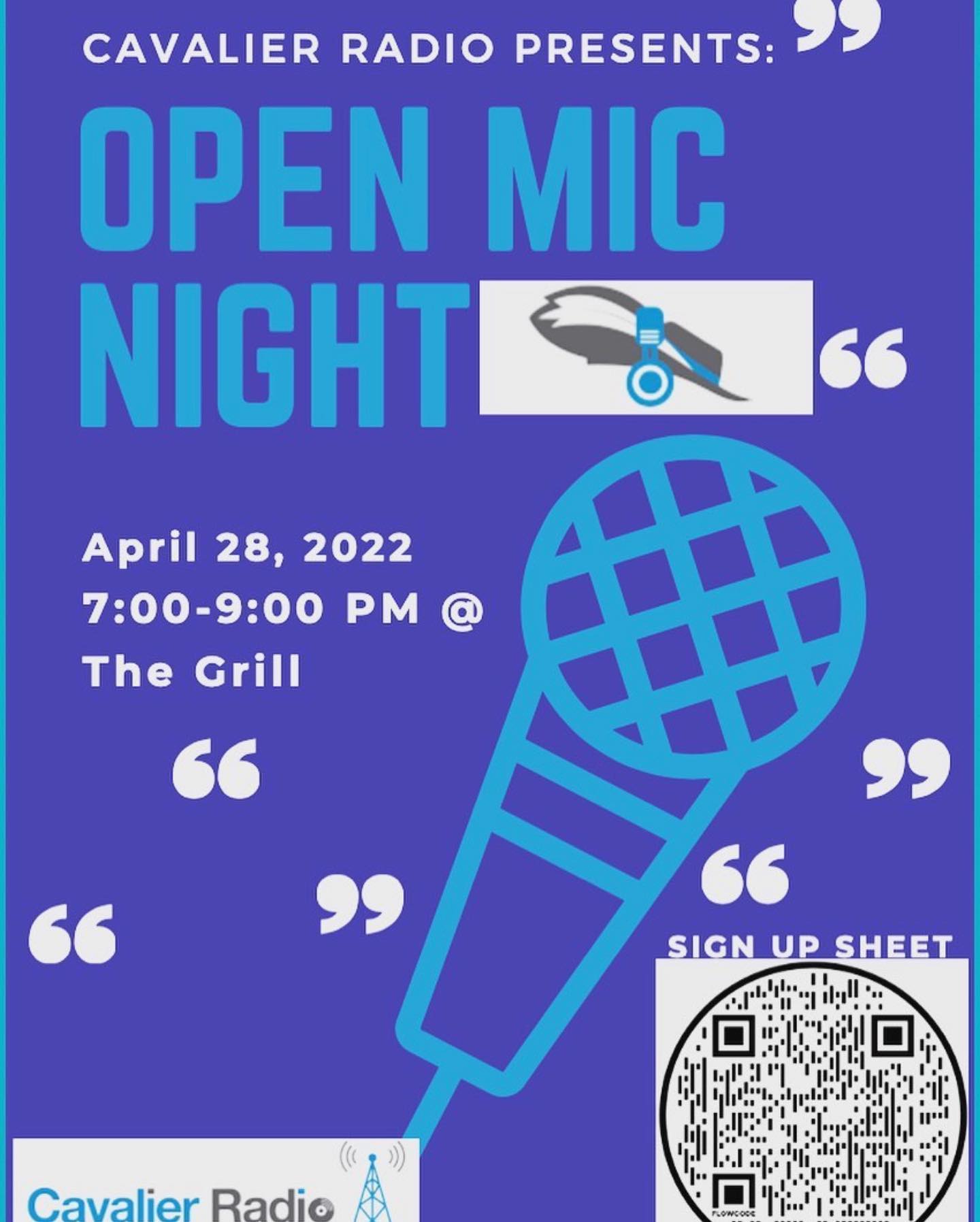 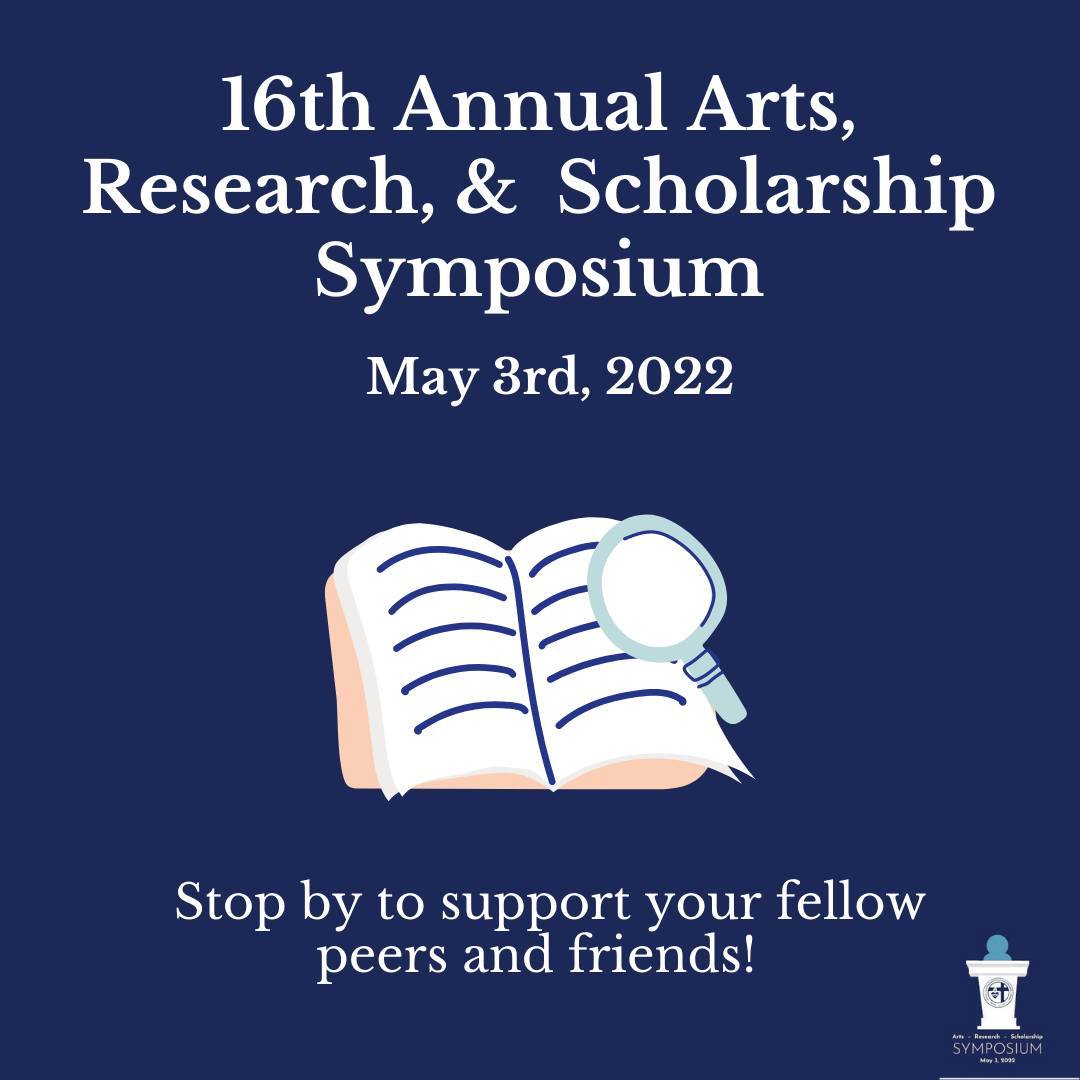 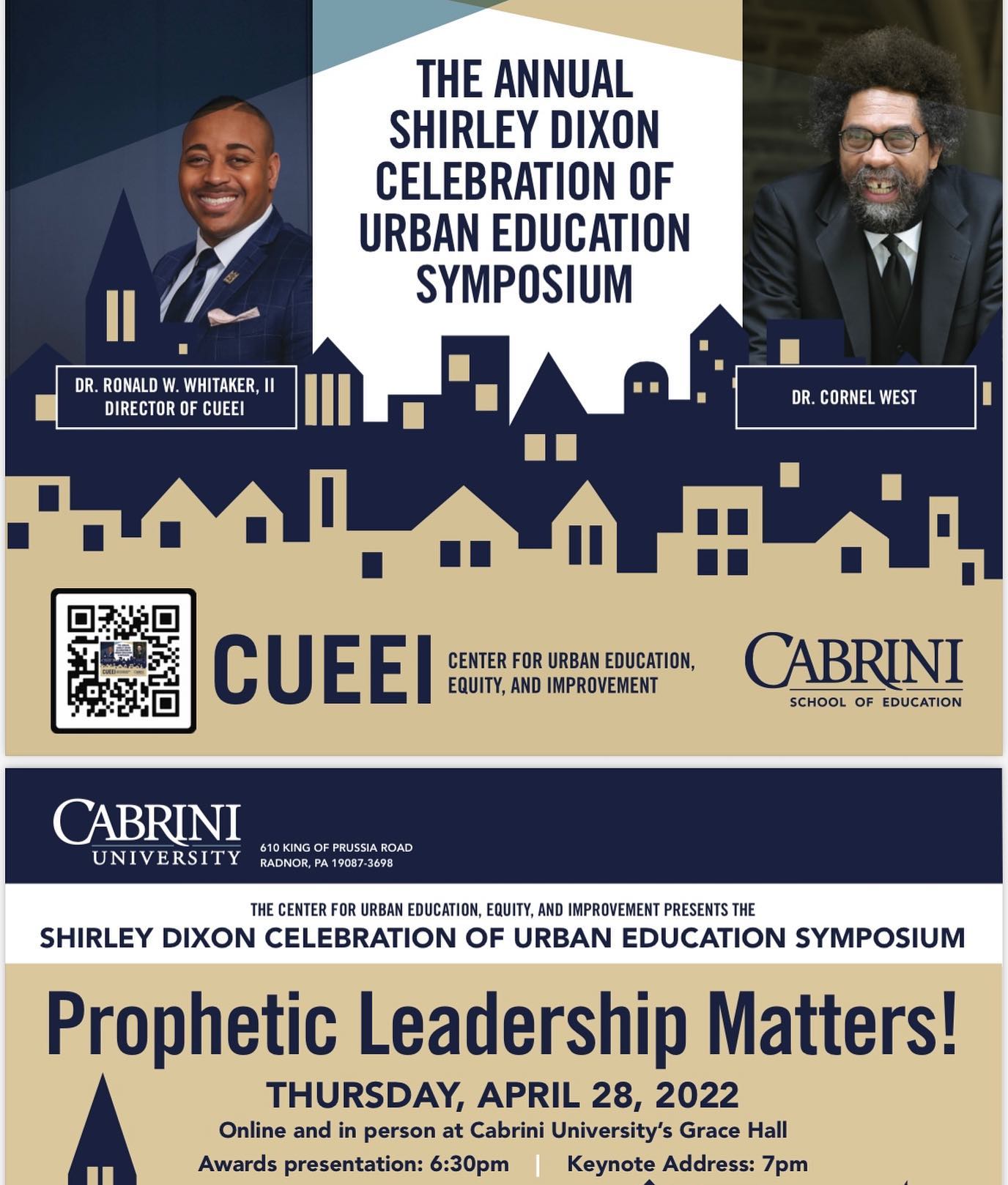